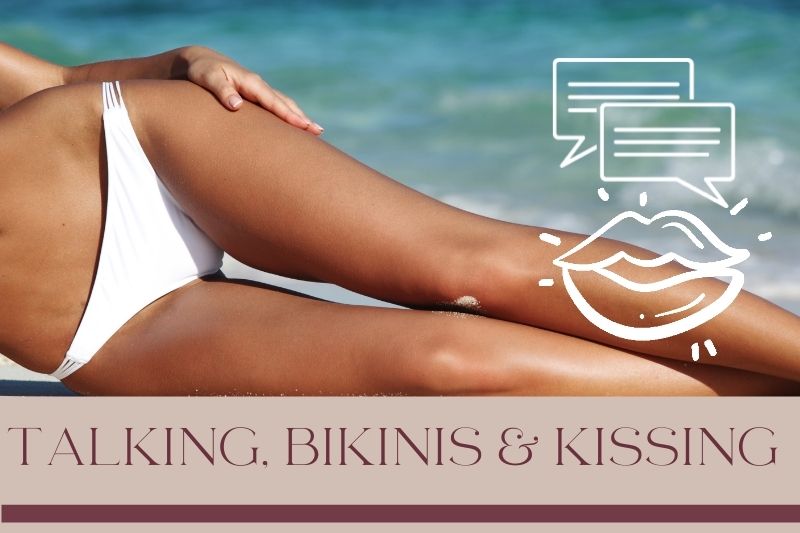 In July, a day is dedicated to celebrating kissing, and bikinis, and a whole month is dedicated to talking. In this blog we find out how days become nationally / internationally recognised and how we can participate in this month’s events 🙂

How Do Days Become Internationally Recognised?

Did you know that anyone can make up a national day? There is no accreditation process or government agency (shares market place) . The most extensive resource of national days is the website nationaldaycalendar.com. The site’s co-founder, Marlo Anderson, says anyone can suggest a national day but not all suggestions (a massive 10,000 suggestions in 2020) make it to their calendar. They usually take 20 to 25 days each year and focus on iconic items rather than brands. They also look for things that everyone can enjoy taking part in.

Since 5 July 1946, women have been hitting the beaches and poolsides in bikinis. National Bikini Day this year marks the 75th anniversary of the invention of the revealing two-piece bathing suit.

Named after the Bikini Atoll, where the United States conducted atomic tests, the two-piece bathing suit made its debut in Paris. French designer Louis Réard wanted to name revealing bits of fabric “atom.”

By World War II, sunbathers cast aside the chaste one-piece bathing costumes for simple two-piece bathing suits. However, nothing prepared the United States for the revealing bikini when it hit the beaches on 5 July 1946.

The skimpy strips of fabric were seen as less than a women’s unmentionables. While Europe enthusiastically donned the bikini after a long and arduous world war, American’s sense of decency kept them from accepting the bikini until the 1960s.

Today, the bikini comes in all shapes, sizes, colours, and fabrics. Designers expanded the style to flatter more body shapes, enticing more women to wear the fashion. Throughout the summer, the beaches and pools call for swimwear. If you’re considering the bikini, perhaps the celebration is the day to pick one that fits your style. 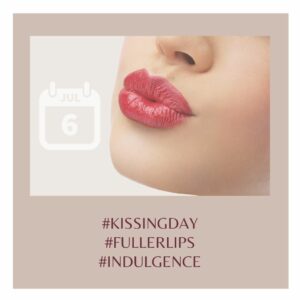 If we go back in time, we can thank the Romans for the widespread practice of kissing in Europe. They described kissing in three forms: the osculum (a friendly peck on the cheek), the basium (a loving kiss on the lips), and the savium (the most passionate of kisses on the mouth). In Roman society, when, where, and how you kissed someone was an important indicator of social status.

The term “French kiss” was most likely coined by American and British servicemen in France during World War I who noticed that Gallic women were more open to employing the passionate technique than their American and British counterparts. So even though the French were clearly not the first people to engage in “French kissing”, it seems only right that they were given credit for it due to the amorous enthusiasms of French lovers a century ago.

Interestingly enough, the French actually didn’t have a specific word for the famous mouth on mouth until recently. The verb galocher, defined as “kissing with tongues”, was added to a popular yet unofficial French dictionary, Le Petit Robert, in 2014. Nowadays, French kissing is so popular that a team of Japanese researchers recently invented a French kissing machine, in which couples that are separated are able to connect via straw-like devices that work through a computer.

International Kissing Day itself is not only about French kissing your significant other, but to bring people closer in general. The main idea behind it was that so many people have forgotten the simple pleasures associated with kissing for kissing’s sake, as opposed to kissing as mere social formality. Kissing can be an enjoyable experience in and of itself and is an expression of love and intimacy. 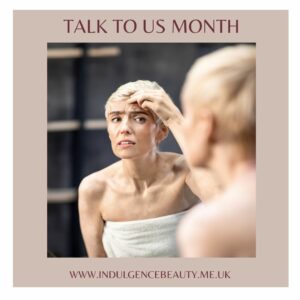 Talk To Us is an annual awareness-raising campaign.

Samaritans are challenging the UK to become better listeners by sharing expert tips on how to be a better listener. Throughout July, Samaritans branches are also holding events throughout the UK and Ireland to raise awareness of the services they offer in their local communities. Visit your local branch website to see what they’re doing during Talk To Us.

Many of our patients come to us with mental health issues triggered by the way they feel about their appearance. We are proud to say that we take the time to listen to concerns and work with our patients to help them improve their self worth and inner confidence through the treatments we provide.

Call or text us on 07734 565864, send a DM on our social media platforms using the links above, or send us a message for a confidential consultation.